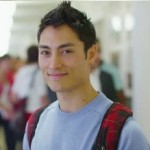 Since the first typing devices were designed in the 1700s, the technology and techniques of typing have come a long way. The first manufactured typing devices, which were produced in the 1870s, did not allow the typists to see what they were writing, since the characters were printed on the other side of the page. That was obviously inconvenient, but somehow this method turned people into better, faster typists.

Let’s see how old-school fast typing techniques have evolved since the era of ‘blind typing’.

The touch and type method, which means to type without looking at the keys, was invented by a court stenographer from Salt Lake City – Frank Edward McGurrin. Court stenographers were practically unnoticeable during trials, but this humble profession has made a huge impact over the entire humanity. Think about it: stenographers influenced the way you use your computer!

Touch typing means finding the right keys by habit, or so-called muscle memory. The typist doesn’t pay attention to the movement of his fingers; the entire focus is on the text on the paper/screen. This method is adequate for the QWERTY keyboard design, which was created in the early 1870s by Christopher Latham Sholes, and it was first implemented in the Remington No.1 typewriter.

Computer keyboards are designed according to this method. You would think the reason for that is related to speed, but muscle memory can also be developed on another design. In fact, the Dvorak and Colemak designs require less finger motion and induce even faster typing. However, people have been using the QWERTY design for almost 150 years, so it’s a habit that’s hard to eradicate.

The Fastest Typists through History

Rose L. Fritz was the first winner of the World Typewriting Championships in 1906. After she won the contest, the Prince of Wales was interested in her work and asked her to type something for him. She typed a 113-word letter in under a minute. Of course, there were no errors in this masterpiece.

Fast Typing Today: Which Techniques Will Make You Better?

When the first typewriters were produced, not everyone was required to use them. Stenographers, writers, journalists, and newspaper editors had to practice touch typing in order to be successful in their world. Today, everyone’s work involves typing. Handwriting is slowly becoming obsolete, so we all need to type with the speed of light.

There is only one way towards success: diligent practice. Now that we made that clear, let’s see which techniques you can implement into your practice:

1) If you are a beginner, start slowly. It’s like playing the piano: you’ll make tons of mistakes if you don’t know what you’re doing. Speed will only make sense when your fingers develop the habit of finding the right keys intuitively. As you make progress, you’ll become faster and faster.

2) Use all fingers on both hands! Most people just leave out the thumbs and little fingers, so these four key players hang passively while the other six fingers do the entire job. Have you ever noticed the raised bumps on the f and j keys? Place your index fingers on them and allow the other fingers to fall naturally into place. Do you notice that the thumbs are in charge of the space key? You’ll also note that the little fingers are supposed to control function, punctuation and navigational keys. Typing software available on the internet will definitely help you familiarize keyboards.

3) Set a timer and see how many words you can type in a minute. MS Word will distract you with unnecessary features, so you need software that’s specifically focused on word counting. Try word counter tool from creative essay writing service Scholaradvisor, which counts the characters, words, and lines as you type. You will be able to focus on your practice while looking at the subtle numbers without being distracted by them. Keep track of the results and you’ll witness your constant progress.

4) Try to type with minimum movement by keeping the hands close to the base position. This will reduce the stress on the fingers, so you won’t become tired and you’ll be able to type for longer.

5) Take breaks! During a long session of typing, you’ll notice how you are starting to make tons of mistakes. It’s like your fingers start refusing to listen to your brain’s commands. This is a sign that you should take a refreshing break before you go back to typing!