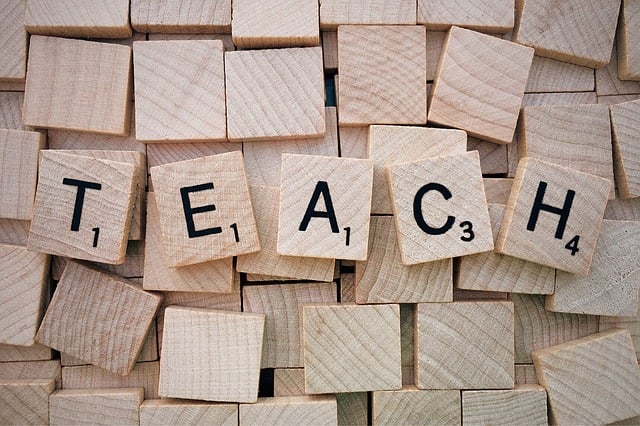 There’s a worrying trend that’s being observed in schools around the globe. With the majority of children learning to touch type on smartphones and laptops before they get a chance to have a formal touch typing class, many schools have decided to take keyboarding classes out of the curriculum.

The argument is that many students are already aware of a touch typing techniques and using learning hours to teach an already mastered skill seems like a waste of time and resources. But is this really the case?

While there are admittedly many other topics a student can also learn during a computer science or English class, touch typing shouldn’t be eliminated entirely.

As most self-taught touch typists would confirm, this strategy is not exactly mistake-proof or fast. Using two to four fingers to touch type while you could utilize all ten for a faster, less taxing touch typing method doesn’t make much sense.

The hunt-and-peck method can be really efficient, however, as one study has shown. Even using two or three fingers has allowed many users over time to learn how to touch type fast and with pretty impressive accuracy. However, none of the study participants showed astonishing typing speed, signifying that there’s indeed an optimal way to touch type. And that way involves a steady palm and all ten of your fingers.

QWERTY’s insanity and our refusal to adopt better layouts

The QWERTY keyboard was designed on a simple premise. To help the typist type faster, the letters needed to be in a sequence that would make the process of finding the next letter slow enough to not jam the typewriter’s mechanics. So, essentially, it made you touch type slowly to touch type faster.

The QWERTY layout became so popular that despite better, faster and more ergonomic keyboards coming to existence, we’re stubbornly sticking to the fancy, quirky QWERTY. Its ubiquity is loudly proven by the fact that most formal touch typing courses online and offline are on about the QWERTY keyboard layout.

Touch typing is an automatic skill: Optimizing it can only benefit students

By the time a student enters high school, 99% of assignments must be typed. And as students advance to higher grades, their typing assignments become longer and more numerous. This is a great cause of stress for students who are suddenly in a situation where the tools for their learning performance suddenly prove to be sub par. The hunt-and-peck method is irritatingly slow, typos eat up your study time, and you even start to feel that fingers become numb through excessive pecking on the keyboard.

Training our children to touch type

Teaching children to touch type the right way has many advantages for their school performance. Touch typing, just like riding your bike and tying your shoelaces, is an explicitly learnt and eventually automatic skill.

Once you’ve learnt how to do it your brain no longer wastes cognitive energy to perform it. When you’re touch typing the process is automatic, unconscious. You touch type without thinking where a key lies, your finger traces it without you having to hunt for it. This saves you time by eliminating the looking up and down at your keyboard, but also touch typing doesn’t mess up your focus. You’re touch typing your thoughts automatically so you’re able to focus on the thoughts, their accuracy and quality (rather than being consumed with worry and flustered because you keep hitting the “W” instead of the “Q”).

That’s one of the most important benefits that trained touch typists enjoy, in fact. By freeing up their brain, they are gaining an advantage because their cognitive energy can be focused on more important, high-order thinking tasks that ultimately improve academic performance.

Touch type your work and increase productivity with Typesy Now!